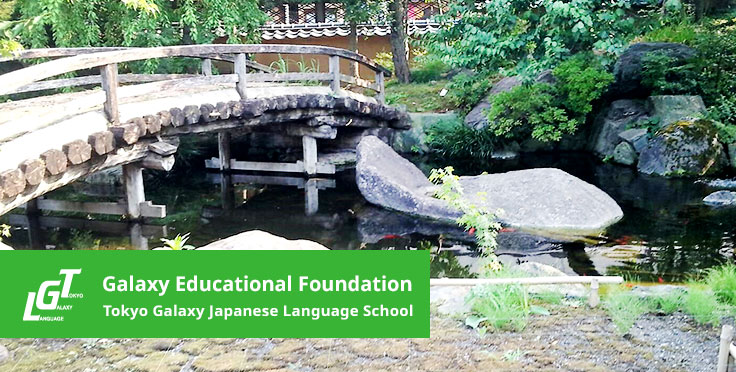 Ms. Kim, a student of Tokyo Galaxy Japanese Language School, has successfully passed the entrance exam of Toho Gakuen Media Training College. Students of the Broadcasting Engineering Department of this college learn shooting of films and video production techniques, and they become able to play an active role as specialists in the Japanese broadcasting industry.
Ms. Kim was planning to start studying at Tokyo Galaxy from April 2020, but was unable to come to Japan until October because of the restrictions on entry into Japan due to the effects of COVID-19.
Even so, she had been studying Japanese in her home country since July with the teachers of Tokyo Galaxy through online education. She came to Japan in October and began studying at the classroom of Tokyo Galaxy, preparing for the entrance exam of Toho Gakuen.
We heard her story and this is what she told us.

Congratulations on your success! Please tell us how you are feeling now.
I wasn’t able to enter Japan for half a year due to the influence of COVID-19, so I was very worried if I could pass the vocational school’s entrance exam. Right after coming to Japan in October, I prepared my application documents for Toho Gakuen and practiced for the interview test, with hearty support from the teachers at Tokyo Galaxy. Thanks to their help, I was able to pass the exam and I’m really happy.

What was the key to passing the entrance exam of Toho Gakuen?
The test format of the written examination was similar to that of the JLPT, and that was advantageous for me since I had been studying for JLPT so hard. The other thing is that I did a lot of practice for the interview test.

Is there anyone at Tokyo Galaxy to whom you want to express your gratitude?
I am especially thankful to Mr. Watanabe, my entrance exam trainer. He supported me while I was preparing my application form, and also helped me with my interview practice for a long time.
I would also like to thank Ms. Kaida. She encouraged me to continue making efforts when I was preparing for the entrance exam for the recommended students. Thanks to her supportive comments, I was able to take time to look back on myself.

Was there any specific class at Tokyo Galaxy that helped you to pass the entrance exam?
It’s the “Preparation for JLPT N2” class, which is an optional subject. It really helped me with the written exam at Toho Gakuen.

You had to wait until October 2020 to come to Japan and start your life as an international student, due to the influence of COVID-19. What kind of difference did you notice when you actually began studying in Japan, compared to the online classes you had been taking?
I took classes online from July to the end of October, and started taking classes at Tokyo Galaxy when my self-quarantine period was over, two weeks after I arrived in Japan. Online lessons were helpful to improve my Japanese, but now and then I had some trouble concentrating, and the image and sound were interrupted when the Internet access was not good.
When I came to Japan and started studying, I was thrown into an environment where I just had to use Japanese to communicate, so my Japanese improved even further. Together with my classmates, I was able to be tightly focused on studying. It’s a lot better to study like this in Japan, compared to remote learning.

Why did you choose to enroll in Tokyo Galaxy?
I was aiming to study at Toho Gakuen before coming to Japan. I was thinking that, to live and study in a foreign country would be a difficult challenge, and since my Japanese was not that good, I might have a hard time to catch up with school classes even if gain admission to vocational school.
I liked the fact that Tokyo Galaxy was a designated school of Toho Gakuen and its students were able to enter Toho Gakuen through the recommendation system. I wanted to learn Japanese thoroughly at a language school and adapt to Japanese life before I go on to vocational school, so I decided to go to Tokyo Galaxy and improve my overall ability.

Would you give some advice to those preparing to study in Japan?
It’s better to learn a lot of kanji. The more kanji you know, the easier it will be to live in Japan. And your life in Japan will be far better off if you can improve your Japanese skill to JLPT N3 level before coming to Japan.

What are your goals for studying at Tokyo Galaxy until March 2021?
I will try to further improve my conversation skills in Japanese. I will also prepare for the JLPT test which will be held in July 2021. I’m aiming to qualify for JLPT N1 level.

What will be your goal after enrolling in Toho Gakuen?
I want to work in the Japanese broadcasting industry, so I’m going to study hard at Toho Gakuen with the goal of getting a job.

We would like to congratulate Ms. Kim again on passing the entrance exam of the Broadcasting Engineering Department of Toho Gakuen Media Training College.
Ms. Kim has set concrete goals for studying in Japan from early on, and has always been working on it steadily and sincerely. There were times when she couldn’t see her way clear, due to the COVID-19 pandemic, but she kept making efforts without losing hope until she achieved the desired outcome.
We are wishing her success in Toho Gakuen.