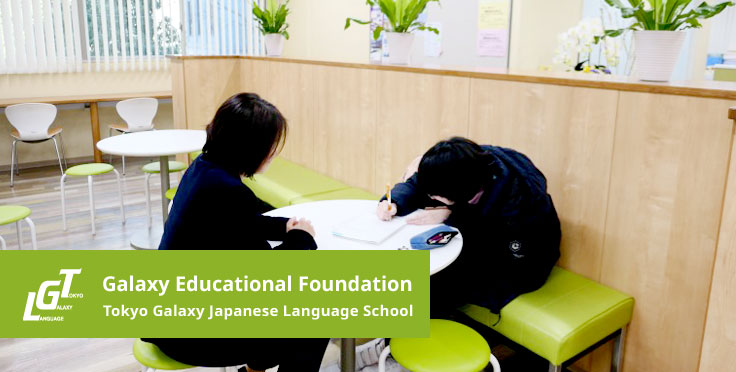 Mr.K is a student of Tokyo Galaxy Japanese Language School, who started studying in Japan from April 2019 with the aim of studying watchmaking at a specialist level. He has passed the exam for entering the Watchmaker Course of Hiko Mizuno College of Jewelry.
We asked him about his life in Japan and how he prepared for his entrance exam.

What was the key to succeeding with the entrance exam of Hiko Mizuno College of Jewelry’s Watchmaker Course?
After submitting my application, I took a written test and an interview test, and I think I was able to get a good grade at the interview. Of course I got very nervous, but I had prepared for it so that I can tell the interviewers not only about my personal goals, but also about how I was planning to study at Hiko Mizuno College of Jewelry, and what kind of ideas I had about applying what I learned to my future. I guess I was able to give an impression that I am a person of sincerity.

Can you name any teacher of Tokyo Galaxy Japanese Language School who you would like to express your appreciation?
Ms. Masako Suzuki, my entrance exam trainer, has helped me a lot. I was terribly worried about the interview test, but she supported me so that I would be able to stay calm, and I could do my best at the interview.

Please give some advice to those who are planning to study at vocational schools in Japan.
You might be afraid and nervous at first; that’s the same for everyone. However, when you start your study in Japan, you will immediately realize that it’s not much different from what you have been doing before. It does not matter whether you have been making good grades in your home country or not; even if you are assigned to the beginners’ class on the basis of the result of the placement test at Tokyo Galaxy, that will give you an opportunity to work harder to get ahead of anyone else.

What are your goals for studying at Hiko Mizuno College of Jewelry?
I don’t think everything will work smoothly from the beginning, but I’m going to make efforts to obtain the best skills. I hope to find a job in Japan after I finish my education.

Mr. K, who has steadily improved his Japanese language skills at Tokyo Galaxy Japanese Language School, has successfully passed the exam for the school he had been hoping to enter. It was really nice that he enjoyed a year full of accomplishment, and we appreciate his cooperation in this interview. We hope that he successfully completes his study at Hiko Mizuno’s College of Jewelry and make his dream come true!