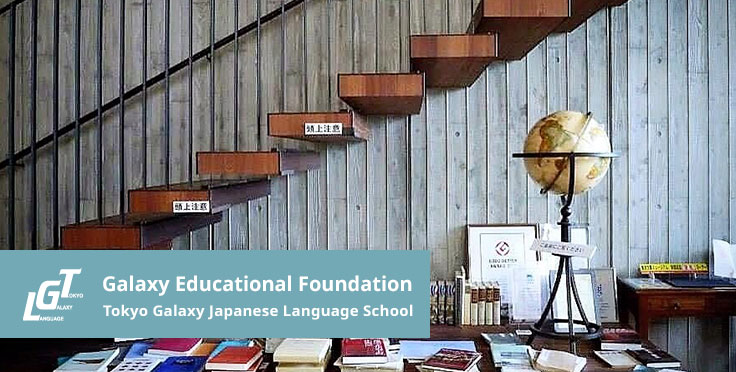 Mr. Oh, who studied in the Business Japanese Class of Tokyo Galaxy Japanese Language School from October 2020 to March 2021, got a job as a system engineer at a Japanese information technology company.
He has demonstrated his excellent analytical ability in his classes, and enlivened the classroom atmosphere by listening carefully to the presentations of his classmates and asking appropriate questions.
We asked him in detail about his classes at Tokyo Galaxy and job hunting activities in Japan.

Congratulations on your employment! Please tell us the key to getting a job in Japan.
Thank you. I think that collecting information about the company you are applying for, and utilizing that information when you create your resume and prepare for the job interview will help you to get employed.
Many Japanese companies hold company information sessions, so I think it is important to attend such sessions, without making a fuss. When you visit a company and participate in a session, you might find out some information about the company that is not released on their website, and you will also be able to feel the overall atmosphere of the company, which is information that you will gain indirectly. If you can utilize that information during your interview, you’ll be even more likely to receive a letter of acceptance.

Which class at school did you find most useful?
For me, Mr. Tsunoda’s Optional Subject Class “Reading Comprehension of Current Affairs” was the most interesting one.
I was not good at kanji and lacking reading comprehension ability, but at this class I was able to improve my reading ability by reading articles from Japanese newspapers. We read the latest articles instead of the old ones, so I was able to know the current social situation of Japan. Newspapers reflect the political stance the publishers, so we couldn’t avoid such issues in Japan, but I was finding Japanese political issues rather interesting and exciting. More than anything, Mr. Tsunoda told us his own opinions when he explained the article, so we were able to get a feel for Japanese peoples’ views on articles about Japan, which was another point of enjoyment.

Are there any teachers that you think will remain unforgettable even after you leave school?
I won’t forget Ms. Sato, who taught us sometimes strictly and other times in a fun way. We never got bored in class, thanks to the way she made us students to actively participate in the lesson, created a positive atmosphere in the class and let us experience a feeling that we were creating the lesson together with her. I think I’ll always remember Mr. Sato’s bright smile and her laughter.

Which activity in the Business Japanese Class actually helped you?
The role playing lessons, which we went over and over again, were very useful. Our textbooks contain many situations that occur in actual social life in Japan. We did role plays of such situations, and by doing so we were able to master practical phrases necessary for conversation in such scenes. In addition, role playing was also an opportunity to get to know my classmates quickly.

Is there anything you would like to tell people who are wondering whether or not they should come to Japan to find a job?
Honestly, I think that it’s not a good move to come to Japan if it’s difficult to get a job in your own country and you’re thinking of getting away from the present conditions. I’m from South Korea, and the current employment rate in South Korea is very low. However, no matter how difficult it is to get a job in your home country, it will be even more difficult to try to find a job in Japan if you are feeling like a loser. Overcoming language and cultural barriers to get a job at a Japanese company is no easy task. When I came to Japan and started job hunting, I felt that even though I have passed JLPT N1, my Japanese ability was far from enough to cross the language barrier. You will probably feel that you need a higher level of Japanese proficiency, and you might feel a lot of stress due to cultural differences.
It might be a little bit easier to get a job if you are going to seek employment by making good use of IT skills like me, but it will be very difficult when you are trying to find a job in fields that requires good communication skills, such as the service industry and sales activities. However, even with such difficulties, there is no doubt that Japan is a very attractive country, so if you have a clear purpose and goal, I think you should take on the challenge. If you have a purpose and a goal, make a good plan, and try to find a job in Japan, the door will open to you.

Please give some advice to Tokyo Galaxy students who are taking the Business Japanese Class and are preparing for job hunting in Japan.
I want to tell you that the deadline will come sooner than you think.
In my home country South Korea, companies are recruiting new employees as needed anytime of the year, but Japanese companies do not do that. They usually recruit new employees one year before, or at least six months before hiring them. (For example, if the recruiting period is February to March 2021, that means you are going to join the company in April 2022.)
In order for you to get a job at the time you want, you have to start job hunting earlier. Besides, it takes more than a few months to apply for and receive a student visa, so you need to get started quickly.

What made you to decide to enter Tokyo Galaxy?
The significant difference, for us South Koreans, between Tokyo Galaxy and other Japanese language schools is the fact that Tokyo Galaxy has its branch office in Seoul. So I was able to consult with the school in detail in my own language, and the school supported me fully on preparation of documents and visa application. I was able to enter Japan worry-free, and I thought that was a strong point of the school. The other thing about Tokyo Galaxy that makes a difference from other school is the fact that its teachers guide and support students according to each students’ purpose of coming to Japan. I think that’s a big advantage.

Please tell us your future aspirations.
My immediate goal is to stabilize my life in Japan, to become trouble-free. After I get things sorted out, I would like to make a remittance or send some gifts to my mother, who has always cared more about me than herself.

The COVID-19 pandemic has caused many unexpected things. We know that Mr. Oh had a hard time, since he wasn’t able to come to Japan at the time he planned, so we really want to congratulate his success on finding a job at a Japanese company. We appreciate his helpful advice on job hunting in Japan.
We are hoping that he adapts to Japanese life, increases his experience and solidify the foundation of his life in Japan.