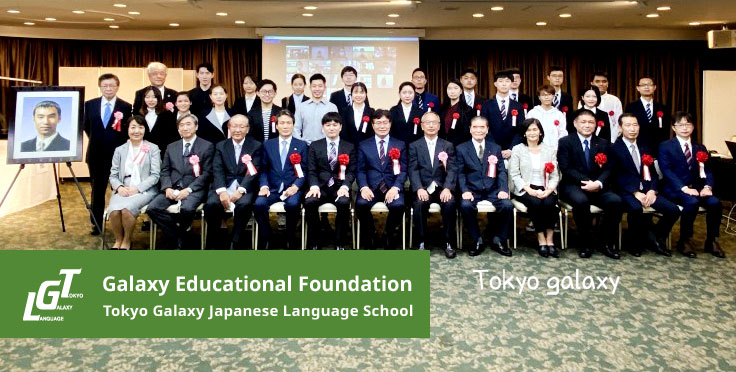 On October 14, the 19th award ceremony of the LSH Asia Scholarship Foundation’s Lee Su-hyun scholarship was held in Tokyo. Many of you may remember the late Lee Su-hyun, a young Korean who tried to save a Japanese passenger who fell on the railroad tracks at Shin-Okubo Station in Tokyo in 2001. His action impressed many people throughout Japan, and many Japanese citizens sent sympathy money to express their gratitude. Lee Su-hyun’s parents decided to establish the LSH Asia Scholarship Foundation in the name of Lee Su-hyun, and utilize the money gift from Japanese people as a scholarship for international students studying in Japan like their son. The 19th award ceremony of the scholarship was held this year. The story of Lee Su-hyun’s brave and kind behavior appears in Japanese school textbooks, and it is also made into a movie, still impressing many people. We would like to congratulate Mr. K, a Tokyo Galaxy student, who was selected as a scholarship student this year. We are always supporting you!