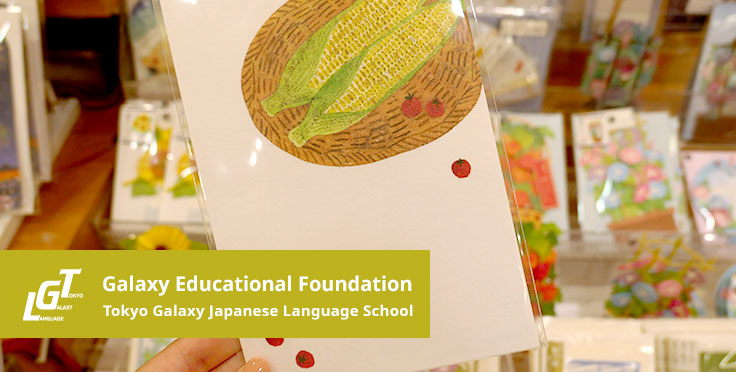 How do you feel about that your current level of Japanese, compared to before you took the Accelerated Learning Class?
When I first came to Japan, all I knew was hiragana. I learned hiragana and katakana, and studied the basics of grammar on my own during the isolation period after entering Japan. And when I started studying in Japan at the Accelerated Learning Class, I just had to speak and read Japanese when I went to stores to buy something, and when I was trying to make friends at school, so I have become more enthusiastic about studying grammar. When I found some words on store signs that I couldn’t understand, I checked those words with a dictionary. I think my Japanese skills have improved a lot through living in Japan, before I was aware of it.

What was the good thing about studying in the Accelerated Learning Class?
At the Accelerated Learning Class, we used two more textbooks than the regular class. One was reading comprehension and the other was vocabulary. We had to work on one page of the reading comprehension textbook every day, and we also had a kanji test every day, so we had to study more than the students of the other classes, and that was the good point. We also had more regular examinations than in the other classes, so we reviewed our learning frequently and that was also our advantage.

Then what were the difficulties of studying in the Accelerated Learning Class?
I had a hard time keeping up with my grammar study during the winter term, which was the first term at this school for me. The level of the grammar lessons of our class was equivalent to N4 or N3 level of JLPT, so I guess it would not have been difficult to keep up with the class if I had studied properly in my home country. However, since I came to Japan unprepared, I had to study grammar and learn kanji at the same time, and I also had to work on reading comprehension. I had a really tough time.

Is there any teacher who you would like to thank for helping you?
I couldn’t get a good mark on the exam and was not accepted to the Accelerated Learning Class at the beginning of the spring term, but I was allowed to take a makeup exam and enter the class. At that time, Ms. Kaida and Mr. Kumazaki arranged a personal meeting for me, and I was very grateful for their advice, truly helpful for the students.

Please tell us about your future goals.
I want to pass the N2 level exam of JLPT in July and then the N1 level exam in December 2021. I’m also aiming to get a job at a trading company.

How is your life in Japan? Tell us about the good parts of your experience in Japan. We also would like to know what is your average day like.
I came to Japan and found that the customer service of people working in the service industry, such as convenience stores in Japan, is considerably more polite than in South Korea, my home country. I think this is true not only for full-time employees, but also part-time workers. I get a feeling that they are really working hard. I also feel that Japanese people respect the independence of each other more strongly than the South Koreans do. People of South Korea are said to be compassionate and warm-hearted in general, but Japanese people, of course it varies with individuals, but I think that they are more like the Westerners on the whole, placing importance on individual lives and paying respect to each other.
The best thing about living in Japan is the casual sushi restaurants where you can eat sushi for 100 yen per plate. I love it because it’s cheaper and tastes better than sushi restaurants in Korea. My typical day is like, go to school and study, and after that I watch anime or spend time talking with my Japanese friends. On weekends I visit places in Tokyo that I have not been to yet.

What made you to decide to enroll in Tokyo Galaxy?
At first, I searched all over the Internet for Japanese language schools not only in Tokyo but also in Osaka and other various regions. Then I found that unlike other Japanese language schools, Tokyo Galaxy has not only regular classes and the Business Japanese Class, but also the Accelerated Learning Class. I was attracted to the fact that in this class, you can study Japanese with a double speed compared to the regular class. So I inquired about admission and had a good impression, so I decided to enroll.

Please give some advice to those who are thinking of studying at the Accelerated Learning Class of Tokyo Galaxy.
Well, based on my experience during the winter term in which I began studying in Japan, I would strongly recommend to learn some basic Japanese before coming to Japan if you are preparing to study abroad. I think that you will be able to keep up with class lessons if you have knowledge of Japanese grammar to a certain extent.
At Tokyo Galaxy, there are students from Greater China, such as Mainland China, Taiwan, and Hong Kong, and since they have been learning kanji since childhood, they get good grades in kanji tests and they also have high reading skills. But there’s no need to compare yourself with them and worry about your grades. After certain amount of time, there will be no big difference between you and them. And another thing I want to tell you is, when you come to Japan, it will be a good idea to live with curiosity. When you look at the names of the train stations written in kanji carefully, you can learn that some kanji have several different ways to be read. Or you might be looking at the signs of restaurants and notice that some kanji can be read differently from the way that you have known. Looking at everything around you with interest and curiosity will enable you to learn Japanese quickly.

We would like to thank Mr. Kim for telling us in detail about living in Japan and studying Japanese. He had a strong desire to join our Accelerated Learning Class, and we remember how nervous he was before the placement test. It seems like only yesterday, but now he has already completed the program of the Accelerated Learning Class.
We know that he has been so busy, trying to get used to life in Japan and working hard on his studies. We are so proud of him, and we are wishing that he will be able to continue achieving his goals.