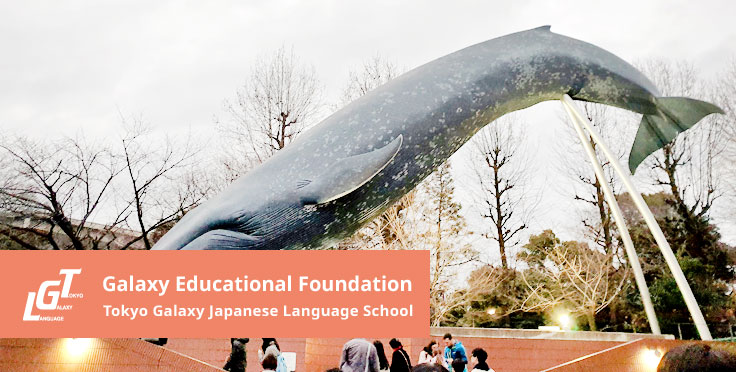 Do you like visiting museums?
I love to go see the art galleries, but I was not a big fan of museums.
I was always thinking that things like animal models, cross-sections of the earth, or ancient earthenware are simply boring.
But my mind changed when I visited the National Museum of Nature and Science in Ueno, Tokyo.
This time, I would like to tell you about the attractions of the National Museum of Nature and Science, which can be enjoyed by those who were not interested in science like me.

As you all know, there is a huge public park called Ueno Koen in the area west of Ueno Station, and there are many museums and art galleries in this park.
The National Museum of Nature and Science is located adjacent to the National Museum of Western Art, which you can find right outside the Ueno Station.
Founded in 1877, it has more than 140 years of history.

One of the features of the National Museum of Nature and Science is its enormous scale.
It has two large buildings, the Japan Gallery and the Global Gallery, and if you want to see all of its exhibits, a single day would not be enough at all.
First, I’ll tell you about the Japan Gallery.
The Japan Gallery displays results of Japan’s archeological, geological, and natural anthropological studies. One of its most fascinating exhibits is the fossils of the dinosaur called Futabasaurus (Futaba-suzuki-ryu), which was excavated in Japan.
Being a small island country, it was thought that there were no large dinosaurs living in prehistoric Japan, but in 1968 Tadashi Suzuki, a high school student at the time, discovered some fossils, and a full-scale investigation began in search of a Japanese dinosaur.
At this museum, you can see a full-length figure of the Futabasaurus and some of its real fossils.

The Japan Gallery also has this museum’s most popular exhibition, which is called THEATER 360 (Theater San Roku Maru).
It is a movie theater in spherical 3D, and it is the first of its kind in the world.
The inner surface of the sphere, which is 12.8 meters in diameter (one millionth of the size of the real earth), is a seamless video screen, and the viewers stand on a bridge build inside the sphere to watch the images that appear on the huge screen. It is the world’s first theater with a 360-degree panoramic view and you will enjoy a feeling like you are floating in the air while watching the video.
They have a different movie program every month, and you can learn about the deep sea, dinosaurs, and the formation of the universe through the dynamic images.

On the second floor of the Japan Gallery, there is an exhibition area named “Japanese People and Nature”.
I think you know about “Hachiko”, the dog statue that stands in the square in front of Shibuya Station. There is the stuffed body of Hachiko himself being displayed at this museum. If you have a chance to visit the place, don’t forget to see him.
In addition, you can also see unique and surprising things like stuffed Hokkaido bear and sacred deer of Nara Park.
Next, let’s look at the Global Gallery.
The Global Gallery is larger than the Japan Gallery. It has six floors, and from the third basement level to the third floor above ground, there are displays of research results about the earth and the universe, and the history of science and technology associated with it.
The first thing you should see at the Global Gallery is the moon rock. As the name suggests, it’s a rock brought back from the moon. The National Museum of Nature and Science has two moon rocks on permanent display.
One was brought back by the Apollo 11 when Neil Armstrong landed on the moon for the first time in the world, and the other was brought back by the Apollo 17 at the final mission of the Apollo program.
It’s a very small stone when you see it in front of your eyes, but when you imagine where this stone came from and how it was brought here, you will feel something magical.

After thinking about the universe, let’s look at the deep sea.
Deep sea research is said to be as difficult as space research. In fact, it is said that all we have been able to know about the ocean environment is less than 5% of it, and the remaining 95% is still impossible for us to explore.
Therefore, many things are still unknown about the biology of the creatures living there.
There are many mysterious creatures in the deep sea. You may have heard about the Daiou-ika (giant squid). It is said to be the largest among invertebrates (creatures without spine).
At the National Museum of Nature and Science, you can see a specimen of this giant squid.

At the Global Gallery, there are also exhibitions such as simulators to observe the earth from space satellites, and thermographic measurement devices that you can try and enjoy.
Of course, you can also see fossils and skeletal structures of dinosaurs such as T-rex and Triceratops.

Foreigners might be worried whether they can understand the guidance text written in Japanese, but there’s no need to worry. At the National Museum of Nature and Science, there are information terminals called “interactive kiosks” throughout the museum, which can be viewed in Japanese, Korean, English and Chinese.
You can also rent an audio guide player or tablet for a fee. These also support Korean, English and Chinese.

Most of the written information in the museum is shown with furigana (hiragana or katakana letters written above the kanji characters) so that elementary school students can understand it.
So, if you are studying Japanese, you should take a look at those information.

The Ueno Station, where the National Museum of Nature and Science is located, is 5 stops away from Kayabacho Station, where the Tokyo Galaxy Japanese Language School is located. It’s only 9 minutes’ ride on the Tokyo Metro Hibiya line.
You can enjoy learning about science through your five physical senses at this museum. International students are encouraged to take the time to visit there.